Last weekend I felt the urge to go get my nose pierced. Yep, sounds wild that I had a sudden “urge.” But it’s not that strange at all — I have admired the nose piercing for many years, the same way I admired tattoos, and I knew I wanted to do it but I never felt the right timing. I hope some of you understand or feel me…. I can just sense when things need to be done at the right time. I admired tattoos and knew I wanted one for over ten years, and finally got my tat in December 2012, and it is very special to me, and very sacred. The same goes for the nose piercing. I have not known why I felt so attracted to it all these years, until a girlfriend and I were Skyping one night and she told me it’s mentioned in Ayurveda. I was immediately interested.

[Another read on Ayurveda]

Piercing the nose is very common in India, many people know that. But many people do not know that it originated from the Middle East. Oh yeah…. how many of you knew that? I didn’t! This practice is mentioned in a few texts. One place it is mentioned is in the Vedas, and how it aids/benefits women. [**I will be doing some more research to find more exact dates on when this tradition was birthed, from where, and when it made its way to India.]

Piercing the left nostril is known to help ease the pain of the menstrual cycle and aid in childbirth. I read from another source that it also aids in providing more pleasure… [giggles]. How does a nose piercing help with all this? Well, there is a “node” [marma] that is connected to female’s reproductive organs. Imagine acupuncture and how certain points on the body can relieve pain/energy. It’s similar. From this article I learned that the left side of the body is known as the feminine side in traditional Chinese medicine, and the right side is the masculine side. The article also gives very brief info on the history and how piercing the nose [if not already there] is part of the bride’s 16-step wedding beautification process, called Solah Shringar.

I also found some interesting information on this site, where the author talks about many things, including the importance of the nose in India, which nostril carbon is released and what that means, which side to pierce, and the names of the different nose rings [nath, mukuthi, etc]. 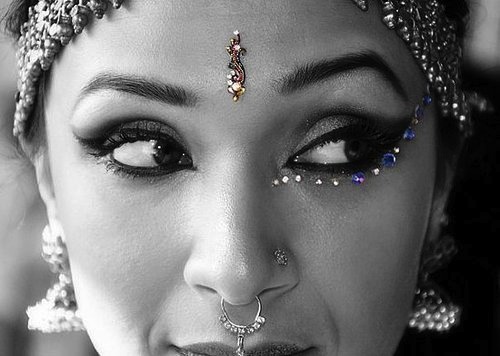 All in all, I wanted to share that I had this urge the weekend of May 30, 2015, and had it done June 2, 2015. Why am I telling you this? Because I felt an urge to do it, which means there is importance in this and I am connected to this knowledge somehow. I have been very drawn to India for a very, very long time. Maybe about ten years! Most of my college girlfriends call me their “Honorary Desi.” [They even gave me a name – Tasneen.] 🙂 But most importantly, I am sharing this information because I felt this urge shortly after my first ayahuasca ceremony. And today I noticed someone found my video of my aya journey and when I checked out her YouTube channel, I noticed she too has been experiencing ayahuasca AND pierced her nose this month! Interesting synchronicity. I feel that this is happening collectively — many people are being called by Mother Ayahuasca, by Mother Earth. She is urging certain people to meet her so that she can provide us with the information we have stored in our DNA, and these people can help themselves individually after experiencing aya so they can help the planet and the Universe.

I feel there is a global and galactic call going on right now. [If you are a Starseed, this is your call. Wake up.]

And the significance of the nose piercing is something that was stored in my DNA. By the way, I can attest that my menstrual cycle silently crept up on me…. I had the feeling of an oncoming migraine a few days prior to my cycle, as I usually do if my hormones are not in balance, but it went away the same day! Usually it lasts for DAYS! I had minor cramps the morning of and after that, not much. 🙂

I’ll be switching my stud for a small, gold nose ring once it heals. Wearing silver or gold is important and has to do with releasing toxins I believe! 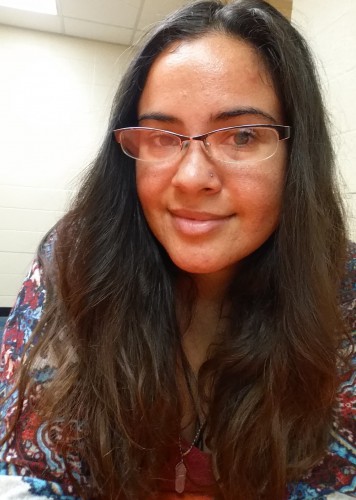 May the Light Guide you.
Namaste,

Inspired? Share my Love but please credit my work! ❤

22 thoughts on “The Significance of a Nose Piercing”

© 2011-2020 Akosmopolite. All rights reserved. All works published are owned by Akosmopolite, unless stated otherwise. If interested in using any of Akosmopolite’s content, please send an inquiry.