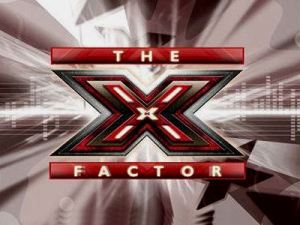 I don’t say this because the show is rigged [I have no idea if this is true] – I say this because Fox’s local network in Indianapolis has provided Indy voters with my Google Voice number to call in and vote.

No, I am not kidding, and yes, I have proof. I thought I was going crazy last week when my cell phone started ringing at 10 p.m. When I answered the first call, the Google Voice automated system asked me if I wanted to answer the call or send it to voicemail. I chose to answer, but when I did I was greeted with the sound of more phone keys being pressed. I said, “Hello?” More key punches.

When I tried to get the caller to speak, he/she hung up. My phone rang again. I answered and said, “Hello,” but I only heard phone keys being pressed again. My second line began to ring, so I clicked over. The same thing happened…and then my other line rang. This sad story continued for about 5 minutes until I came to the conclusion that my Google Voice account had been hacked.

Irritated and curious, I called one of the numbers back. The person that answered didn’t say anything – I only heard background noise and a clicking sound. The words “Call ended” glowed on my Blackberry screen. I called yet another number, and a woman, who sounded like she was middle-aged, answered with a croaky, “Hello?”

I told her she had just called me, but she denied my claim. “No, I didn’t call you. I called to vote for X-Factor,” she said. She asked me what my area code was [it’s 317, of course] and she said, “Here, this is the number I called.” Then she read off 317855 [my last four digits] and a string of other numbers that I can only assume are the digits you need to vote for your favorite X-Factor contestant. I explained to her the first 10 digits are my Google number, and we both had a very good laugh. She apologized and warned me that this would happen every week for the remainder of the season.

This is round two..and I have had 12 calls since 9:57 p.m. Last week I had 11 missed calls. I don’t know if I should change my voicemail greeting to a hilarious X-Factor poll hoax, contact Fox, or ignore this altogether? This is very amusing, but at the same time a bit annoying.

One thought on “Sorry X-Factor Fans, Your Vote Doesn’t Count”